Young Buster Keaton hides from his parents, neighbors and the police while hoping to marry the neighbors’ daughter.

Buster Keaton Courts the Girl Next Door in “Neighbors”

PRESENTED BY GARY SCOTT BEATTY, PUBLISHER AND EDITOR, MUSKEGONMAGAZINE.COM, AND AUTHOR AND ILLUSTRATOR

Can love survive when in-laws hate each other? Buster finds out in 1920’s “Neighbors.”

The short features Buster's father, Joe, in the roll of his father. Some high flying stunts here are by The Flying Escalantes acrobatic troupe. This film was written and directed by Keaton and Edward F. Cline, who appears as the policeman. 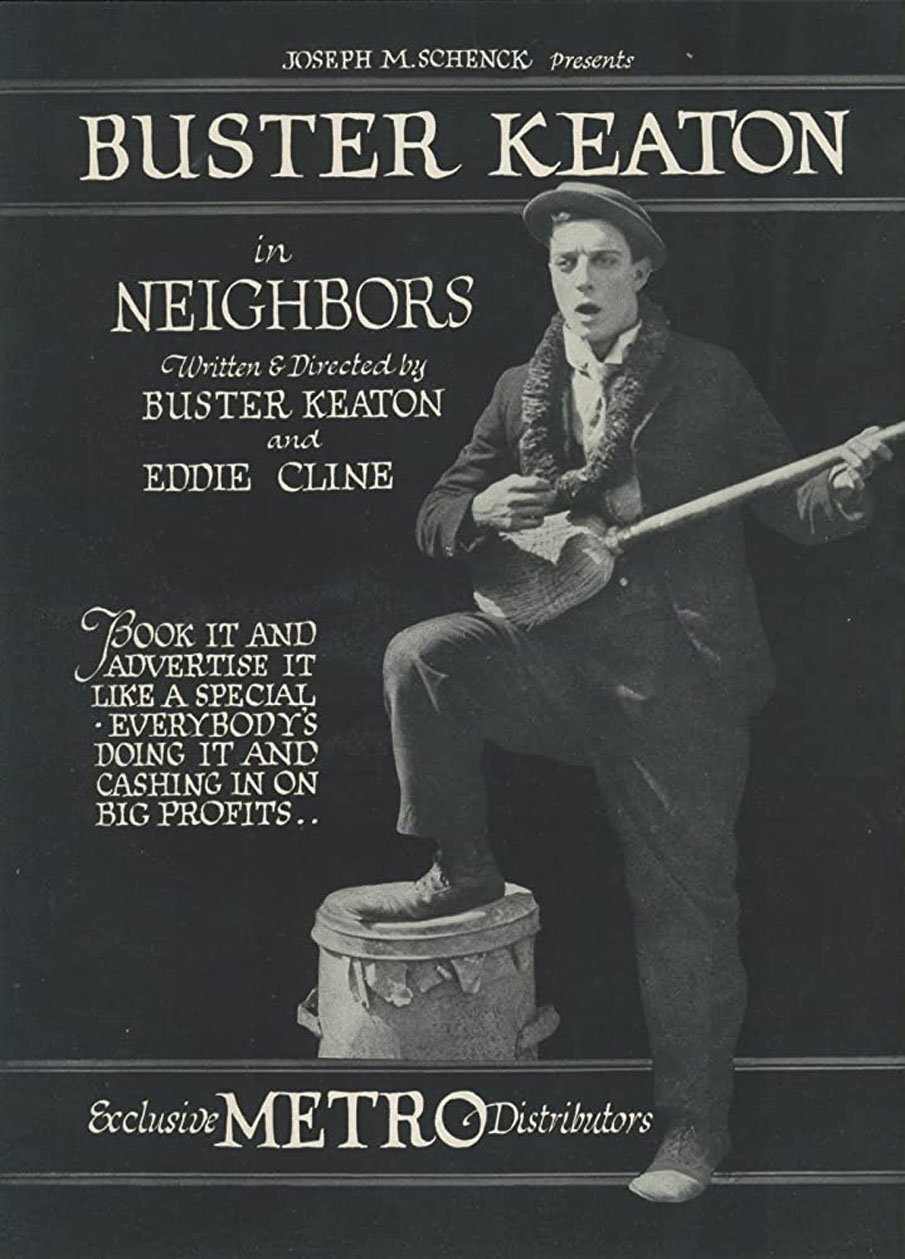 Above, a promotional piece for encouraging movie houses to carry “Neighbors.”

DECORATING
Do you have a window decorating challenge? Carol Beatty of Quigley Draperies offers answers with words, pictures and video in this informative article. VIDEO!

SENIORS
Caregivers can have a hard time connecting with friends as their loved ones' need for assistance increases. Kurt Sapp from Seminole Shores Living Center offers suggestions!

COMMUNITY
$1.8 million was just invested in human service programs on the Lakeshore. Find out here how this is working for all of us from Christine Robere of United Way of the Lakeshore!

BUSTER KEATON
Can love survive when in-laws hate each other? Buster finds out when he courts the girl next door in 1920’s “Neighbors.” Enjoy the film, complete and online, here! VIDEO!