Buster catches a ride in “Daydreams.”

PRESENTED BY GARY SCOTT BEATTY, PUBLISHER AND EDITOR, MUSKEGONMAGAZINE.COM, AND AUTHOR AND ILLUSTRATOR

Buster Keaton asks the father of the woman he loves for her hand in marriage, but the father wants to see Keaton successful first, so Keaton leaves for the big city and tries his hand at a number of different jobs.

Joe Keaton, Buster’s own father, plays the girl's father in this 1922 film, written and directed by Eddie Cline and Muskegon’s own Buster Keaton. 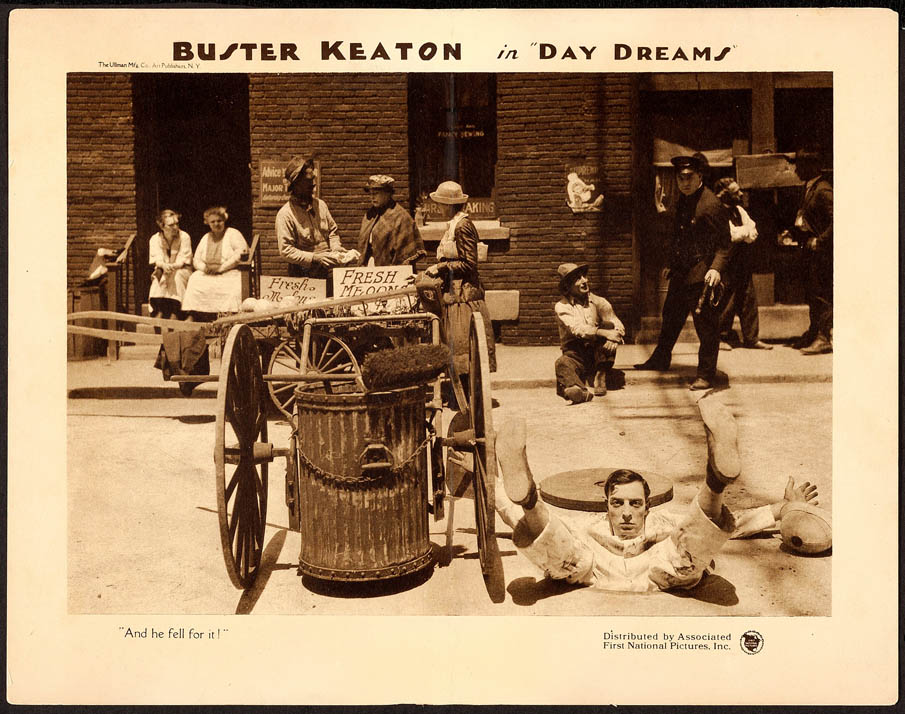 Above, a lobby card from “Daydreams.” By around 1916 lobby cards, designed for display in the customer-facing areas of a theater, were staples for movie promotion.

SENIORS
Caring for an aging loved one can be rewarding, but demanding. Kurt Sapp of Seminole Shores Living Center offers three tips for managing caregiver guilt.

HEALTH
Does CBD work for hair loss and thinning hair? Rod Glupker reviews the research in this informative article.