Buster Keaton and Family Take to the Lake in “The Boat”

Actor James Mason bought Buster Keaton’s house in 1952 and found “The Boat” (1921) and other lost Keaton shorts in the cellar, on damaged nitrate film. Mason saved this classic, in which Buster and his family go on a disastrous voyage on his homemade boat, The Damfino.

Muskegon, Michigan residents will recognize that The Damfinos is the name of the International Buster Keaton Society that holds their yearly convention here, touring Keaton’s beloved Bluffton neighborhood, and showing Keaton films at the Frauenthal Theater. “The Boat” was written and directed by Eddie Cline and Muskegon’s own Buster Keaton. 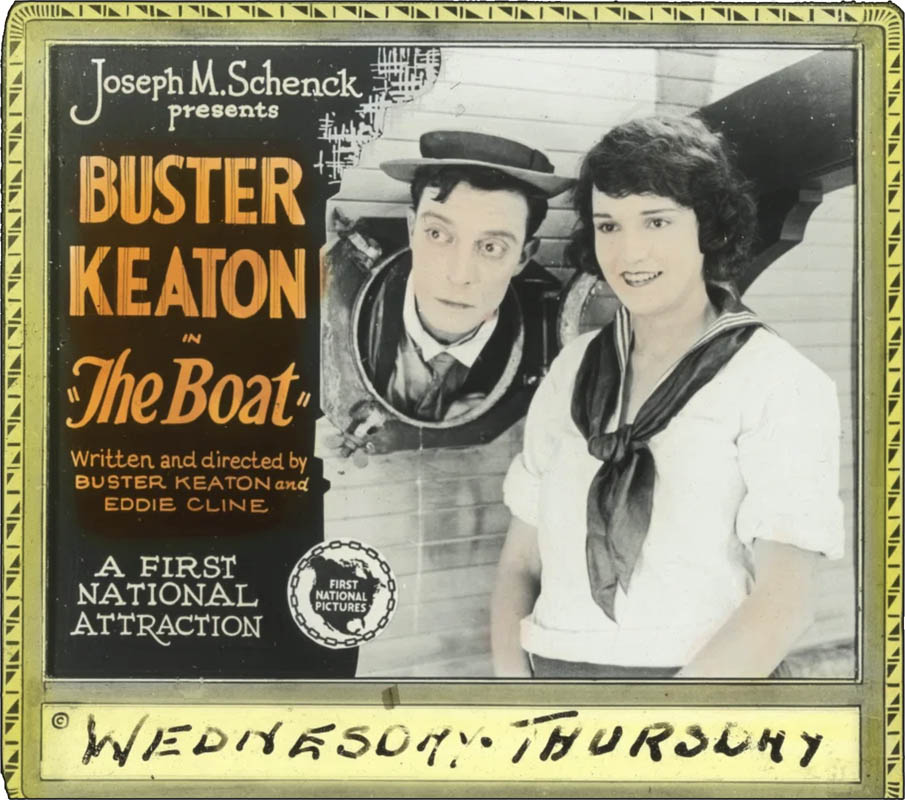 Above, a colorized lantern slide used to promote The Boat in-theater, between features, with a place to write in the days of play.

EVENTS
Soul food, crafts, trivia contest, and poetry are some of the highlights for February's Black History Month at Hackley Public Library! Discover things to do and explore free to the public programs through your local library. Find out how here.

SENIORS
Alzheimer’s caregivers are not only coping with their loved one’s declining health, many of them take on additional responsibilities. Kurt Sapp from Seminole Shores Living Center writes is is important for caregivers to find gratitude.

LAKESHORE STAR GAZER
Brave the cold clear nights of winter to enjoy some of the brightest stars and constellations of any season, and search for four bright planets in the evening or morning sky. Astronomer Jonathan Truax is your guide!

BUSTER KEATON
Muskegon's own silent film star and his movie family take to the lake in his boat The Damfino, in 1921's “The Boat!” Enjoy the film complete and online, here. VIDEO!