In the opening sequence of “The Playhouse,” Keaton famously uses multiple exposures to portray everyone in the theater, a tricky thing to accomplish in 1921, well before computer matting techniques.

Buster knew all about theater acts, including the blackface theatrical makeup, zouave drill routines, animal act and mermaid act presented here — he began performing on the vaudeville stage when he was three years old. Written and directed by Eddie Cline and Muskegon’s own Buster Keaton. 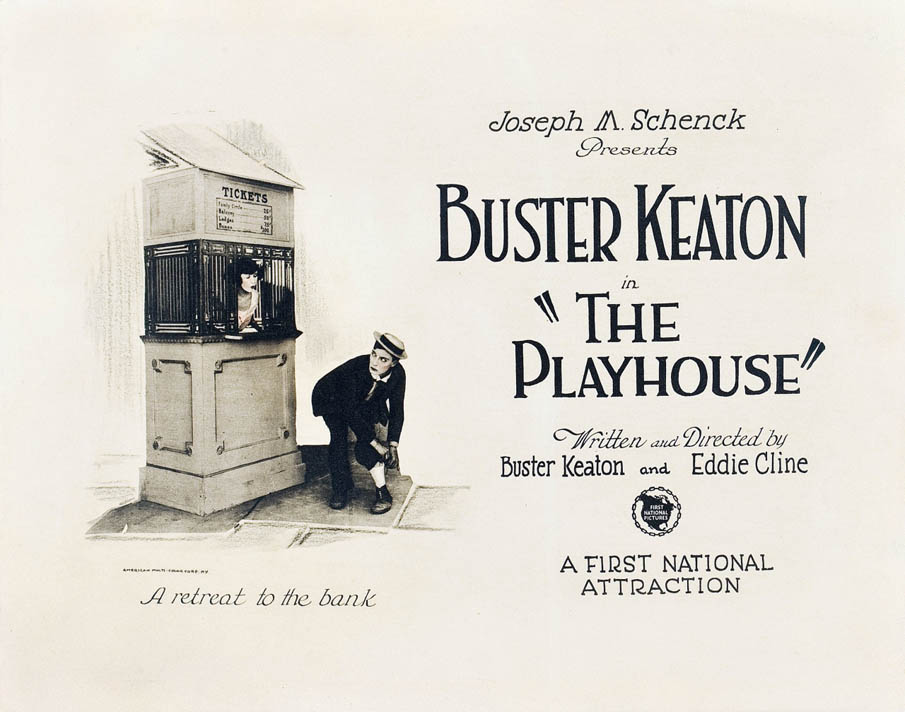 Above, one of the original lobby cards for this short. Beginning in 1913, lobby cards were produced as small posters to display in theaters, typically in sets of eight and usually featuring scenes from the film.

Writer and illustratorr Gary Scott Beatty is excited to share projects, art, video and other updates with those who are interested in the horror genre. If you want to enjoy a free story, and have him share his creative journey with you, join the Aazurn Fan List at http://strangehorror.com/

DECORATING
The new year is here. The decorations are put away. The house needs a new look. Noisy and hot in summer and cold in winter? Carol Beatty of Quigley Draperies shows you options here.

SENIORS
Moving to an assisted living community is an exciting transition for many seniors, but can be challenging. Kurt Sapp of Seminole Shores Living Center shows you how to make the move easier.

COMMUNITY
The holiday drives were successful! Tax prep is available! Volunteering is good for your health! United Way of the Lakeshore's Christine Robere explores it all in this informative article. VIDEO!

BUSTER KEATON
In “The Playhouse,” Keaton famously uses multiple exposures to portray everyone in the theater, a tricky thing in 1921. Enjoy the film's camera tricks, complete and on line here. VIDEO!

LAKESHORE STAR GAZER
In January we can enjoy some of the brightest stars of the year, view a meteor shower, and observe some interesting planetary sights. Astronomer Jonathan Truax is your guide. VIDEO!